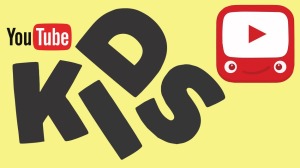 YouTube ads have been much debated in the past few weeks. First, there was Jamie Oliver’s company telling vloggers like Zoella and Alfie Deyes to be more circumspect in the placement of the ads that appear before, during or alongside their videos by putting agreements in place to stop junk food ads being associated with their content.

This strikes me as bizarre: Jamie Oliver’s Food Tube obviously has a good relationship with YouTube and the company can clearly set their own terms. You would assume YouTube’s star vloggers might be in a similarly strong position (although – and I am no expert – I would imagine a large, international company like Jamie Oliver’s probably has a bigger pool of staff to liaise with Google on such things, compared with the individual vloggers and their support teams.)

But even assuming Gleam’s roster of social talent could forge such agreements with YouTube, what about the many, many other content providers – a lot of whom create content aimed at children and young teens, which is the central point in the complaint against vloggers with their mostly teenage audiences – who can’t leverage such pressure? Why is it the responsibility of the individual, group or even company of creators to ensure the ads that are shown against content is appropriate for their audience? The Independent’s report said it was “clear that the adverts [shown on vloggers’ accounts] would not pass regulations for broadcast on television set up by the Advertising Standard Authority.” But surely, surely, it’s up to YouTube to work to ensure that the ads placed by other content providers are shown on the appropriate channels?

As The Independent does point out, currently Google’s AdSense system determines how and where videos are shown – it is not the choice of the channel owner to say where an ad might be placed. It would make sense, then, to put the pressure on YouTube to improve its AdSense filtering – that way, all channel owners (and parents) can be reassured as to the appropriateness of its ads, not just the channel’s breakout stars.

In recent months, YouTube has announced that an ad-free subscription model similar to Spotify is on its way and released its YouTube For Kids app in the US, so it does seem to be on their radar. But, with Google refuting the comments of US children’s groups objecting to the content on YouTube for Kids, plus last week’s release from YouTube reporting a significant increase in the amount of people engaging with ads via mobile devices, you have to wonder how much the actual content of approved ads is likely to change any time soon…

Hello. I’m Nicola Slavin. I am an experienced London-based freelance creative copywriter and award-winning digital marketer. Got a project? Get in touch and let’s see what we can do.